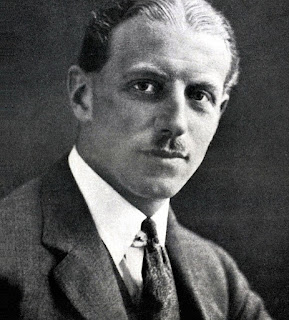 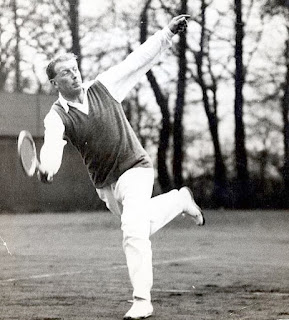 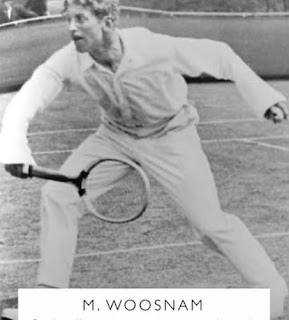 In 1914, Max Woosnam joined the Montgomeryshire Yeomanry before transferring to the Royal Welch Fusiliers. He was a man of such talent and versatility that he must be ranked as one of the greatest all-rounders in the history of the British sport.

He was an international or first-class player at association football, lawn tennis, golf, cricket, real tennis and racquets.

After the War he won victory in the men's lawn tennis doubles  at the 1920 Olympics and he also won an Olympic silver medal in the mixed doubles.

In May 1921 he made a winning Davis Cup début in the doubles against Spain with Randolph Lycett as his partner. The same pair went on to win the Wimbledon title in 1921. 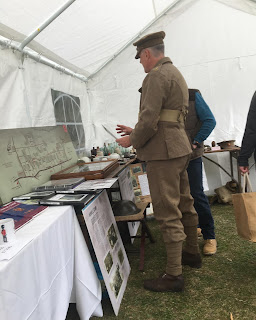 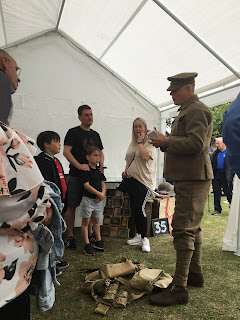 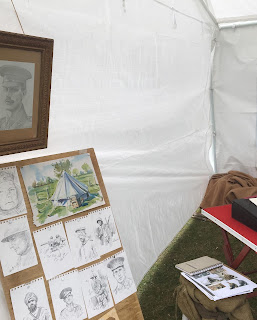 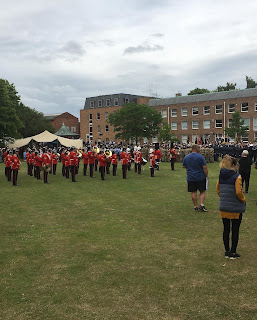 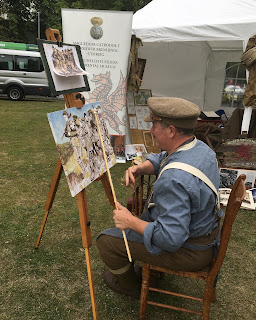 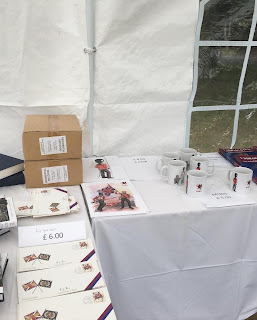 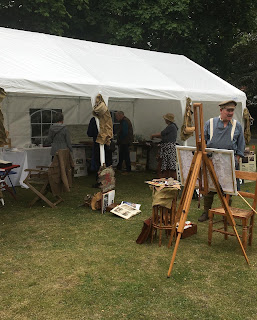 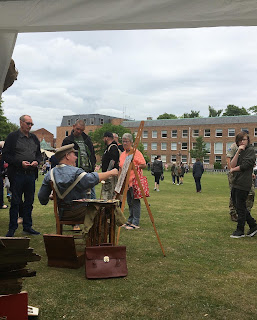 Today we were at Armed Forces Day in Wrexham and had a great day.
Posted by RWF Museum at 12:53 No comments:

The 2nd Battalion had been reformed in Ireland following the end of hostilities in France at the end of the First Work War. They had spent difficult few years in Limerick during which time they were involved in countering the IRA. During this time Maj Compton-Smith was kidnapped and then murdered by the IRA.  Irish Independence was authored in January 1922 and the 2nd Battalion moved from Limerick to Dublin on 21 March 1922. 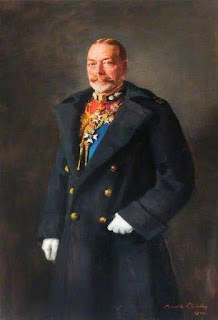 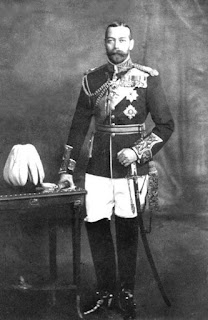 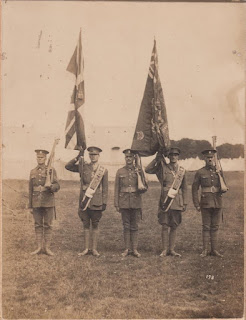 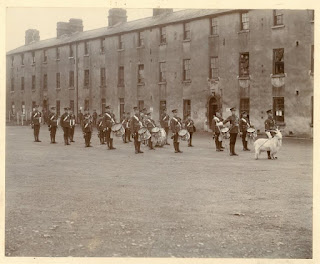 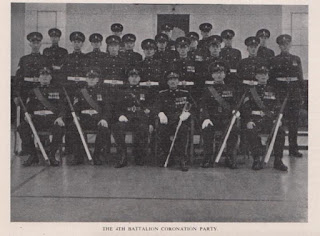 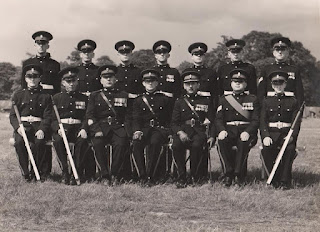 Opening of our museum 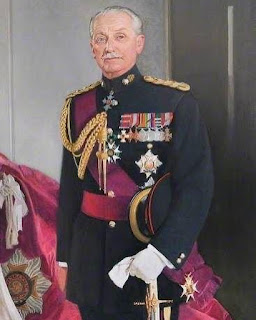 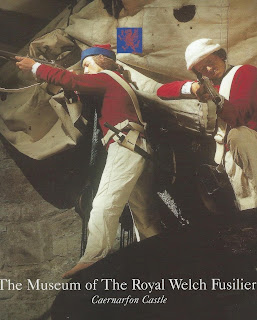 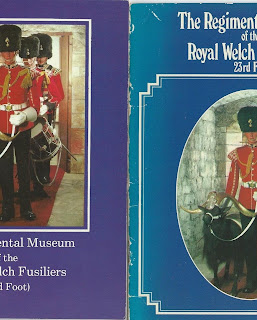 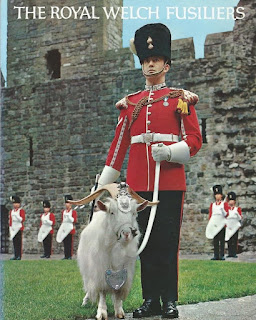 With the closure of the Regimental Depot at Wrexham in March 1960 the museum was moved to the Queen’s Tower at Caernarfon Castle.  The museum was opened by the Colonel of the Regiment, General Sir Hugh Stockwell. The first Curator of the Museum was Major Peter Kirby MC TD FMA DL who build the oak staircases and original display cabinets himself. The staircases are still in excellent working order today!

From a hard place to a rock 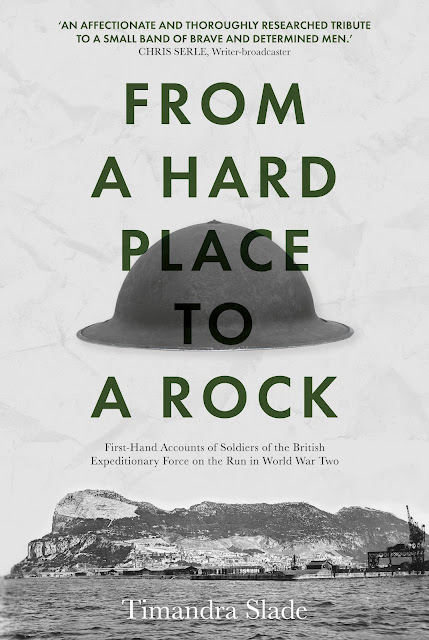 FROM A HARD PLACE TO A ROCK

Col Jimmy Johnson DSO OBE MC, RWF has been described variously as a formidable soldier and a legend. Commissioned in the RWF in 1930, retiring in 1961, his service took him to many parts of the world. He now features in a book written by one of his nieces.

At the outbreak of war in September 1939 Johnson was with 1st Battalion which embarked for France with the BEF. When the battalion was tasked to delay the Germans at St Venant, B Company, under the command of Johnson, was ordered to outflank the Germans at Robecq. After bitter fighting B Company found themselves surrounded. Johnson was badly wounded by a sniper and the following day he and B Company were captured. Sent to a German controlled hospital for treatment, Johnson managed to escape at the earliest opportunity in the company of a Royal Artillery officer Captain 'Tommy' Trythall.

Jimmy's cousin, Captain Chris Waters 1st Field Squadron Royal Engineers had arrived in France on 17 May with 1st Armoured Division. The Squadron was soon attached to the 51st Highland Division which surrendered at St-Valéry on 12 June. After a week of forced marching up and down the coast Waters had had enough. He and a fellow office from his Squadron, 2/Lt Dennis Lennon, jumped through a hedge and lay low until the column was well out of sight.

This fascinating tale; part memoir, part social and part military history, tells a compelling story of war-time escapes from Occupied France. In addition to meeting a cast of interesting people from helpful farmers to obstructive petty officials and frustrated diplomatic staff, we learn of an outrageous attempt at extortion back home in England. Waters and Lennon wrote a journal of their time on the run, Johnson's story is largely told through letters sent home from internment camp and a later tape recording. Both stories are supplemented by first-hand accounts recorded by escapees they met en route.

As the men travel through France to Spain (where the two cousins were reunited) and on to Gibraltar their journey becomes more and more hazardous. It is miraculous that anyone completed a 'home run'.

Timandra has opened a Facebook page #fromahardplacetoarock .  In the run up to publication she will be listing some of the events that happened on the corresponding day in 1940 which may be of interest.

Copies can be purchased from the RWF Museum or the publisher at https://www.troubador.co.uk/bookshop/history-politics-society/from-a-hard-place-to-a-rock-hb/

Dedicated signed copies can also be purchased direct from Timandra Slade. Please message her through her Facebook page for further details. #fromahardplacetoarock

Gallipoli and the gilded goat: Royston in the Great War 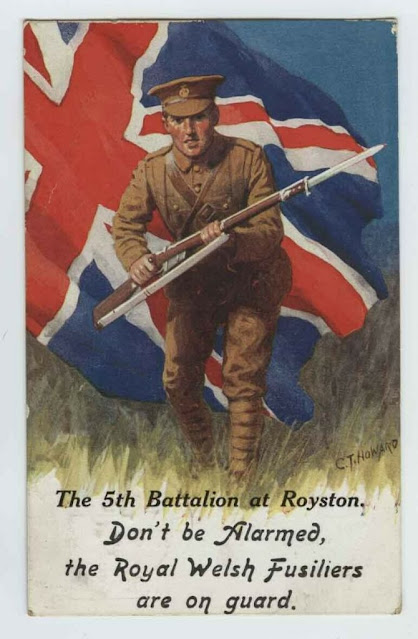