Life before the War

The 5th Battalion, The Royal Welch Fusiliers receiving or parading their Colours at Hawarden before the First World War. A fascinating window on Edwardian Britain. 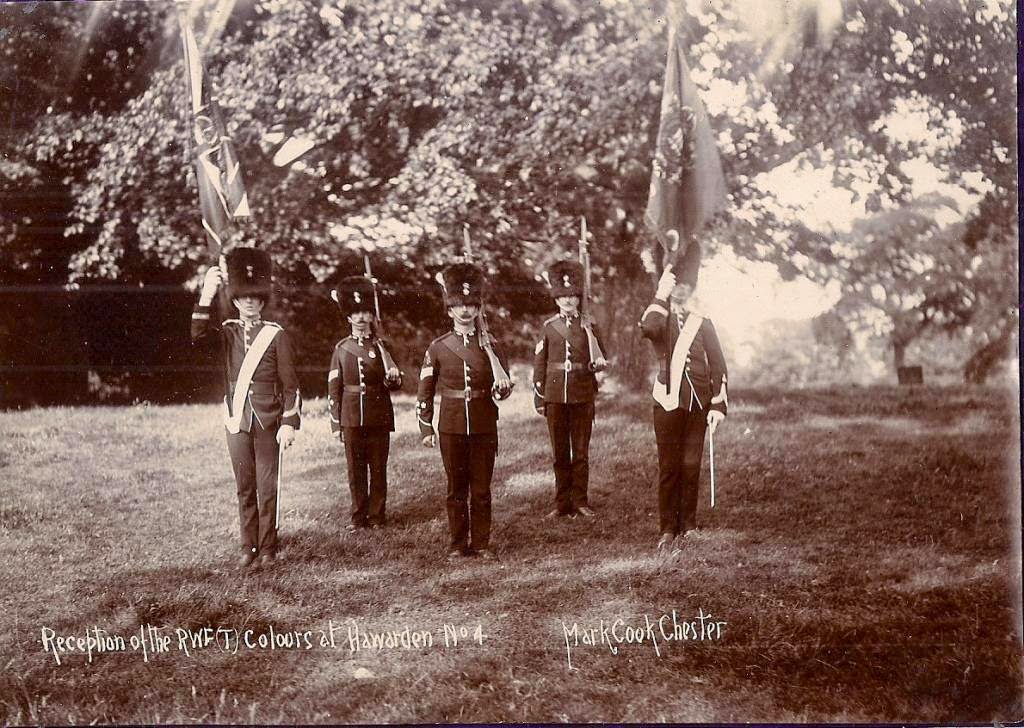 We would love to know more about this occasion. Can you help?

Armistice at the end of the First World War, 1918The armistice in France came into effect at 11 a.m. on the eleventh day of the eleventh month. At that time the Regiment had eleven battalions serving in France. During the War around 10,000 Royal Welchmen gave their lives for their country, and tens of thousands more were wounded. The youngest to be killed was Pte W Chadwick, 2 RWF, aged 15. The oldest in the Regiment and the second oldest in the Army, was Pte W Speight, 13 RWF, aged 62.
Posted below are just a few photographs of unknown Royal Welchmen who served and perhaps gave their lives in the service of their country. We Will Remember Them.
Today in Caernarfon, residents braved the rain to observe the silence on the Castle Square at 11am, before a moving version of the Last Post Ceremony took place at the Queen’s Gate of Caernarfon Castle.
Year five and six pupils of Ysgol Maesincla school, dressed up in World War I uniforms, also paid their respects, marching on to the Maes.
John Hughes, a teacher at Ysgol Maesincla, said: “We are currently doing work on the wars in the current term.
“So we decided to dress the children up in helmets and a uniform. It’s an honour to be a part of such an event.”
Mike Thomas, from the Llanrug Silver band, who played the cornet at the ceremony, said: “I do it every year. It’s always a very moving occasion.
The Last Post ceremony was performed on behalf of the RWF Museum to remember more than 10,500 men of the Royal Welsh Fusiliers who fell in World War I. 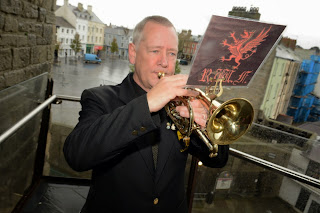 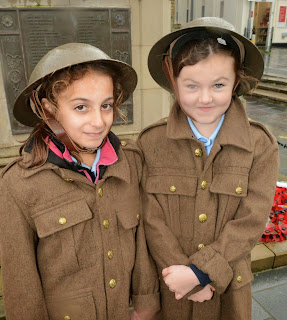 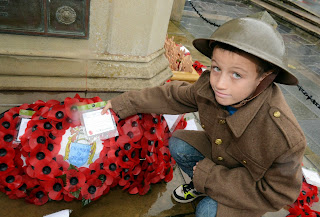 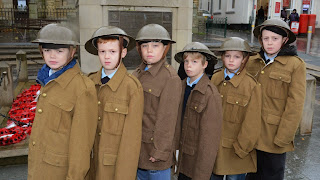 9th November 1714 – ON THIS DAY IN ROYAL WELCH HISTORY 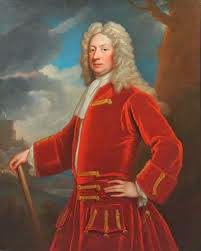 4th NOVEMBER 1918 – ON THIS DAY IN ROYAL WELCH HISTORY

Battle of the Sambre, France, 1918
The 38th (Welsh) Division participated in what marked the final stage of the British 1918 offensive. Early morning mist worked to the advantage of the attackers. Casualties were sustained by all battalions in some hard fighting but the final objective was taken before dark. The war ended a week later.

Portrait shows unknown RWF soldier of the 38th (Welsh) Division who also has been awarded the Military Medal. 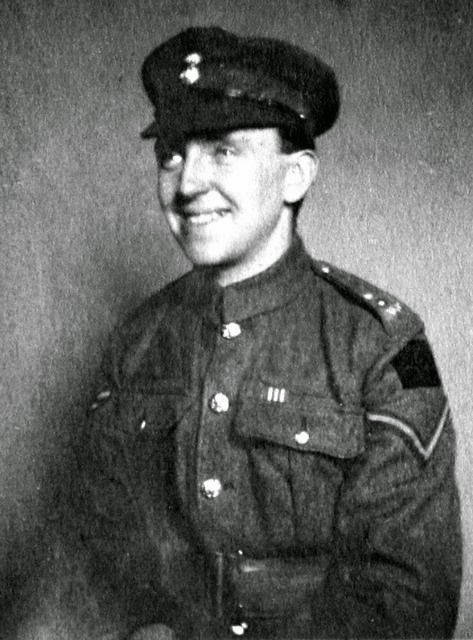 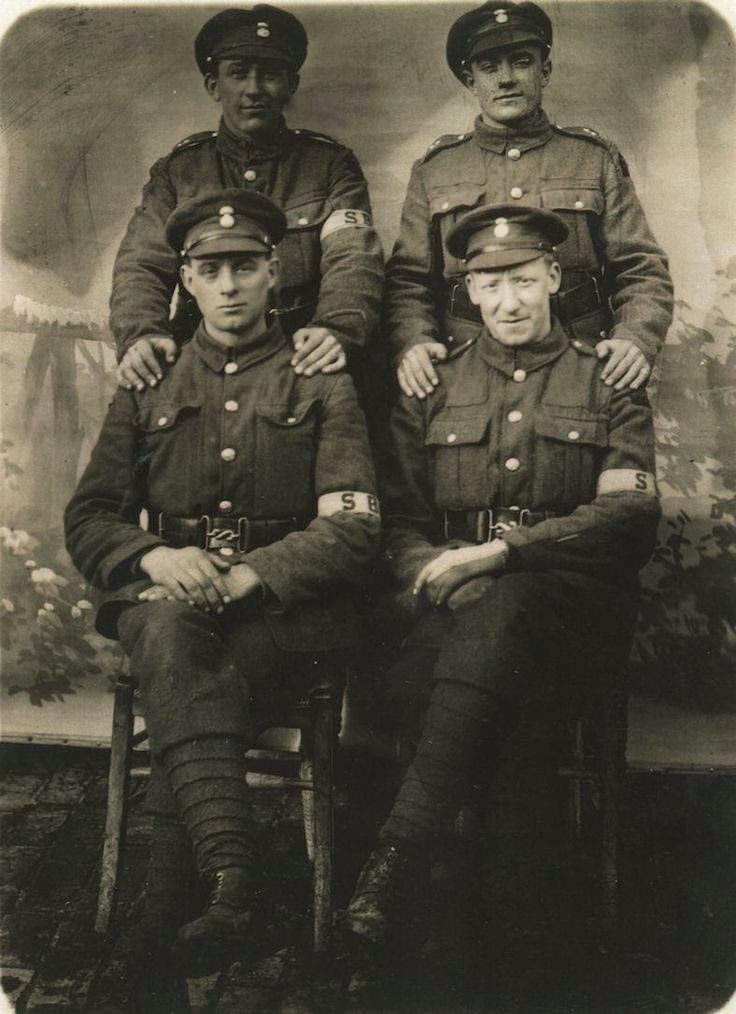 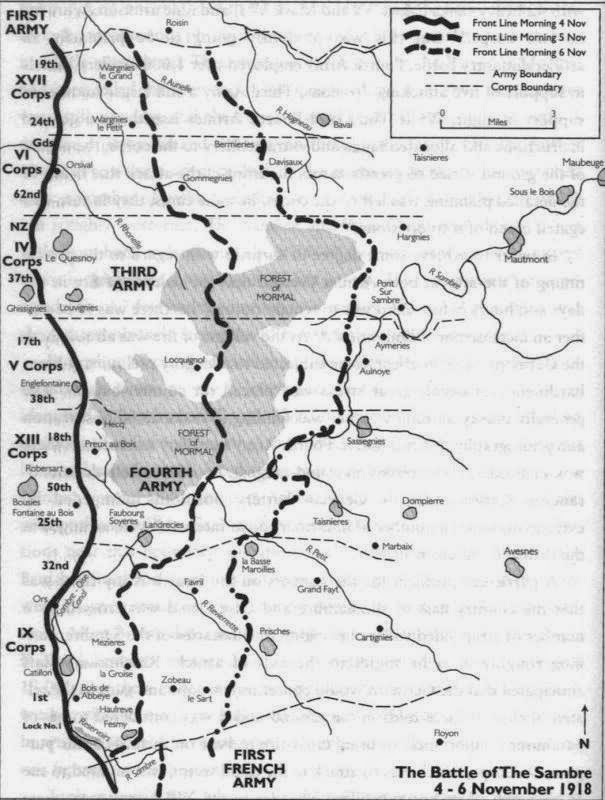