In June it was decided to evacuate Philadelphia and move the troops to New York.  Their retreat was frequently interrupted by the colonists, but they succeeded in reaching Sandy Hook where the fleet lay at anchor.  Knowing that the fleet was undermanned one of the first to offer assistance was the 23rd.  They acted as marines on seventeen ships and the last were not released from this role until 14 October. 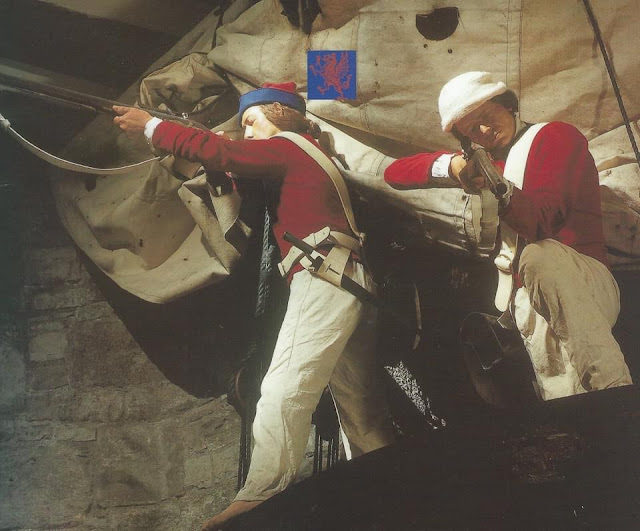