The river had to be crossed before the advance on Mandalay could begin. It was a mile across, three times the width of the Rhine where Montgomery was to cross it in the following month. The 1st Battalion was charged with protecting the left flank of 5 Brigade by capturing a large island. The island was secured with difficulty but at daylight the enemy was found to have left. 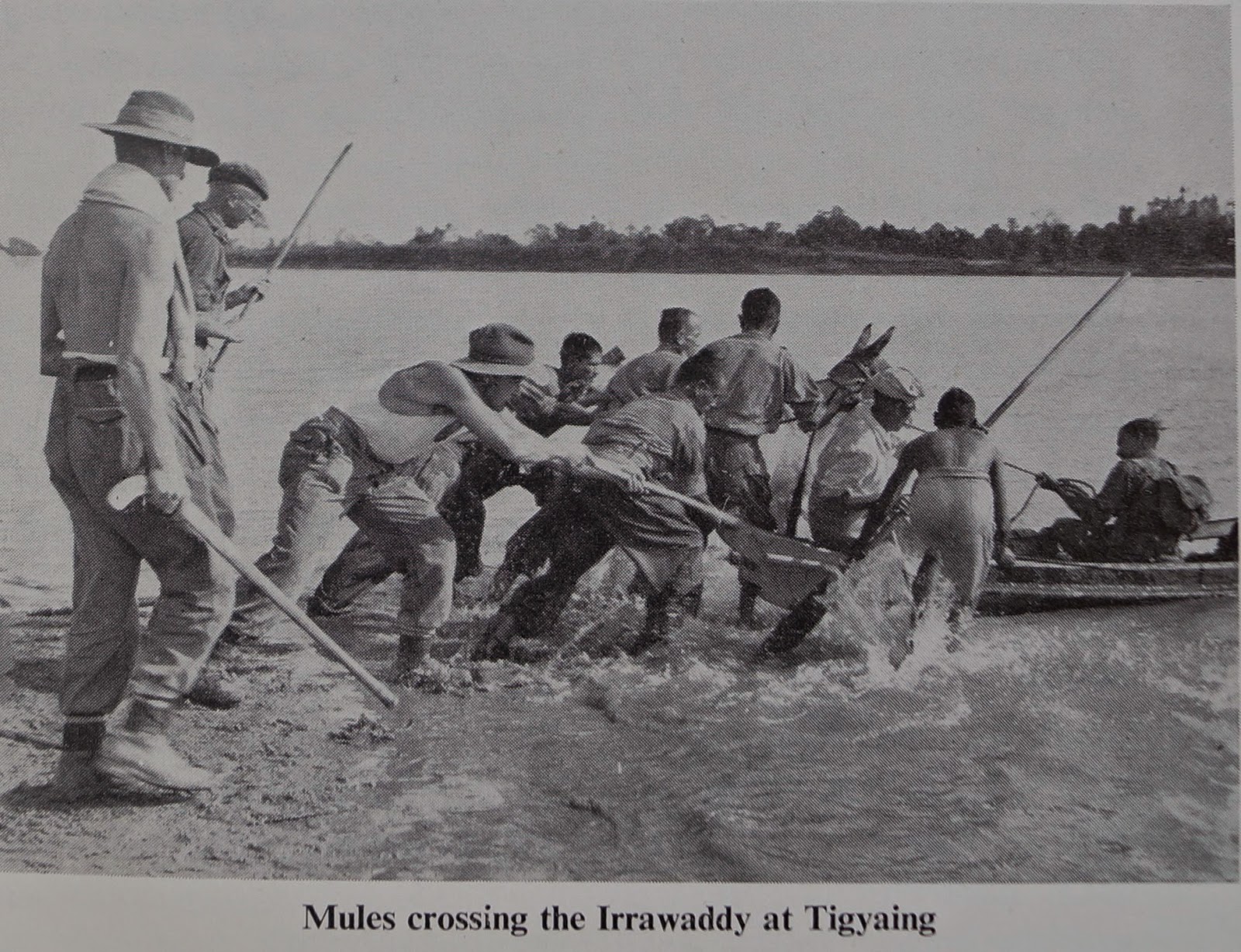 1st Battalion at the capitulation of Martinique, 1809

Martinique was a base for French activity in the West Indies. 1 RWF was part of an expeditionary force sent to capture the island. It was highly commended for its contribution towards the defeat of the French. For its bravery the battalion was presented with the Napoleonic Eagle captured from one of the French regiments which surrendered. MARTINIQUE 1809 was awarded as a battle honour.

Sir George Prévost with sword from Nova Scotia House of Assembly to commemorate his victory at Martinique, The Halifax Club, Halifax, Nova Scotia. 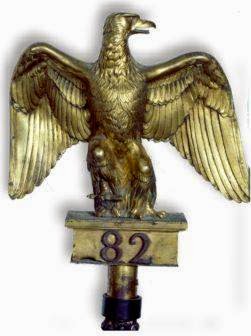 Portrait Lt Col Thomas Naylor Leyland (1874-86)
Thanks to Griff Morgan-Jones for sending these pictures of a magnificent portrait of a Commanding Officer of The Denbighshire Yeomanry Cavalry. The painting has ended up in America at the
Thelma Keller Convention Centre, Effingham, Illinois 62401
The painting is an oil painting (6' x 10' approx):-
Lt Col Thomas Naylor Leyland (1874-86)
of Nantclwyd Hall, Ruthin, Wales.
Denbighshire Yeomanry Cavalry
Late of the 2nd Life Guards and joined the DYC on 22nd March 1862 as Captain, taking over from Richard Christopher Naylor that had just resigned. [The London Gazette, 28th March 1862, page 1667]
The Denbighshire Yeo became the 24th Bn, RWF on 4th Mar 1917 as part of the 74th (Yeo) Div.
There is a rare unit history which can be viewed in the RWF Library at Bodelwyddan Castle.
Parry, Lt Col E.S., Historical Records of the Denbighshire Hussars Imperial Yeomanry 1795 till 1906. (Woodall, Minshall, Thomas & Co.: Wrexham, 1909). iv 246 p 19 illus.
This history deals with the Regt prior to 1905, but gives a full account of this North Wales’ volunteer unit. The book has a total of eight colour uniform plates and eleven black and white portraits/photos of Regt personalities.
There is a large section of appendices written by Engr. Lt. B.F.M. Freeman, R.N., which include the following brief histories I. The Flintshire Yeo Cavalry 1797 to 1838, II. The Royal Maylor Yeo Cavalry 1803 to 1837, III. The Caernarvonshire Yeo Cavalry 1795 to 1819, IV. The Ancient British (or North Wales) Fencible Cavalry 1794 to 1800, V. List of Hon. Cols, commanding officers, second in commands, and adjutants of the Denbighshire Hussars. 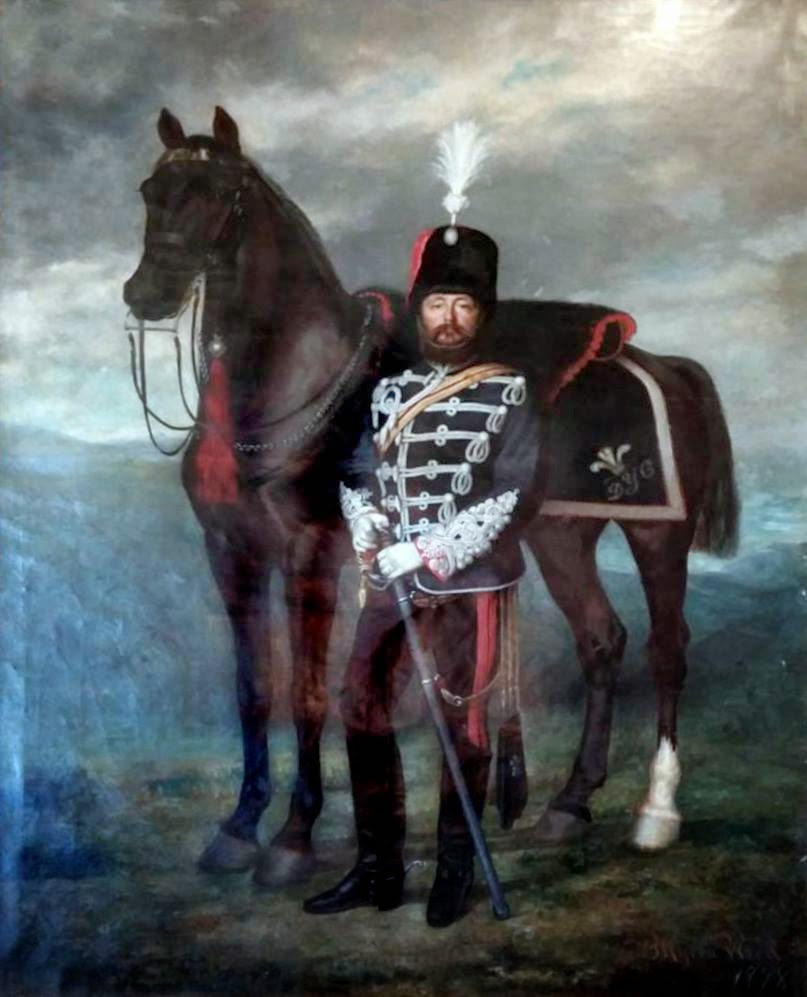 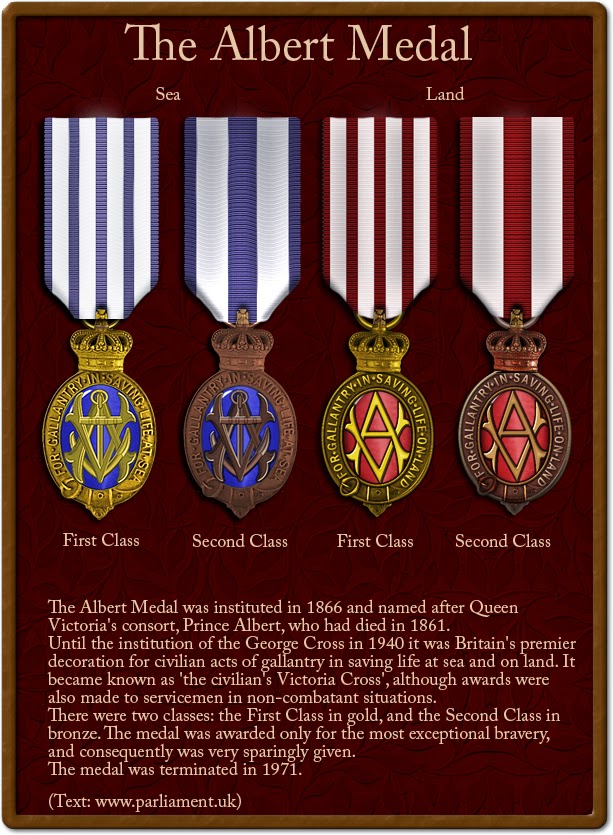 Faces of the Fallen

For those of you following our project to find photo of all the RWF who fell in WW1, I can report that photos are still coming in but with your help we could find a lot more. Please tell everyone you know that we are looking for them. Many of the photos bring interesting stories and questions in with them.
Here is one of them from our follower - D Leighton James. MBE.
My grandfather’s ½ brother George James was killed serving with RWF at Passchandaele 1917. (The day before Hedd Wyn was killed). Early during 2014, I had heard of your mammoth task in finding photographs to fit names of RWF personnel KIA in WW1. I have been trying to locate a photograph of my Great ½ Uncle for past months.

My Great Grandfather Thomas James farmed with his first wife Ann who bore him 9 children, she dying soon after the 9th child’s birth as did the child. My Great Grandfather married his 2nd wife Phoebe who bore a similar (8?) number of children! One of those being George James.

There are two unanswered questions I puzzle over.
1). What was George’s occupation before he joined the Army. Possibly a farmhand, although he might have worked elsewhere. Would that be recorded on his joining-up papers in RWF records?
2). Why, I wonder was it only George’s mother’s name Phoebe on the CWGC records, considering his father Thomas was living when he was killed. His father Thomas James died 1926 aged 77.
Possibly his mother was younger than his father and more literate.

My son Colonel D R Huw James is still a serving officer after serving with the Royal Welch Fusiliers before the merger with RRW.  He assumed command of 1Bn Royal Welsh 2006-2008 directly after the merger. 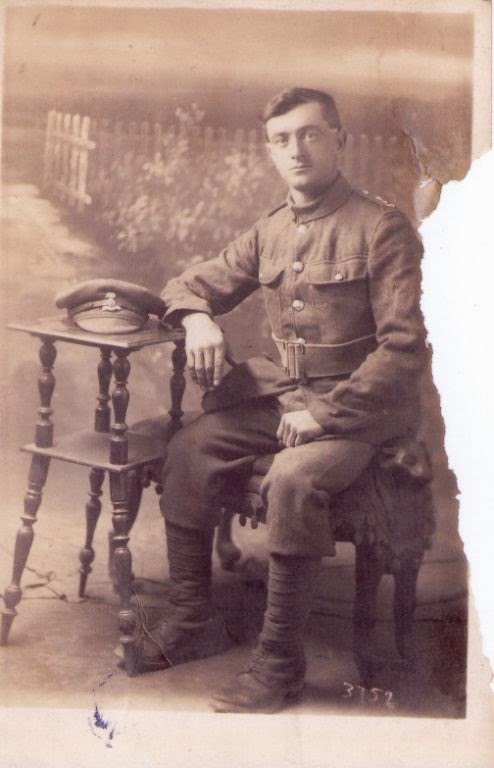 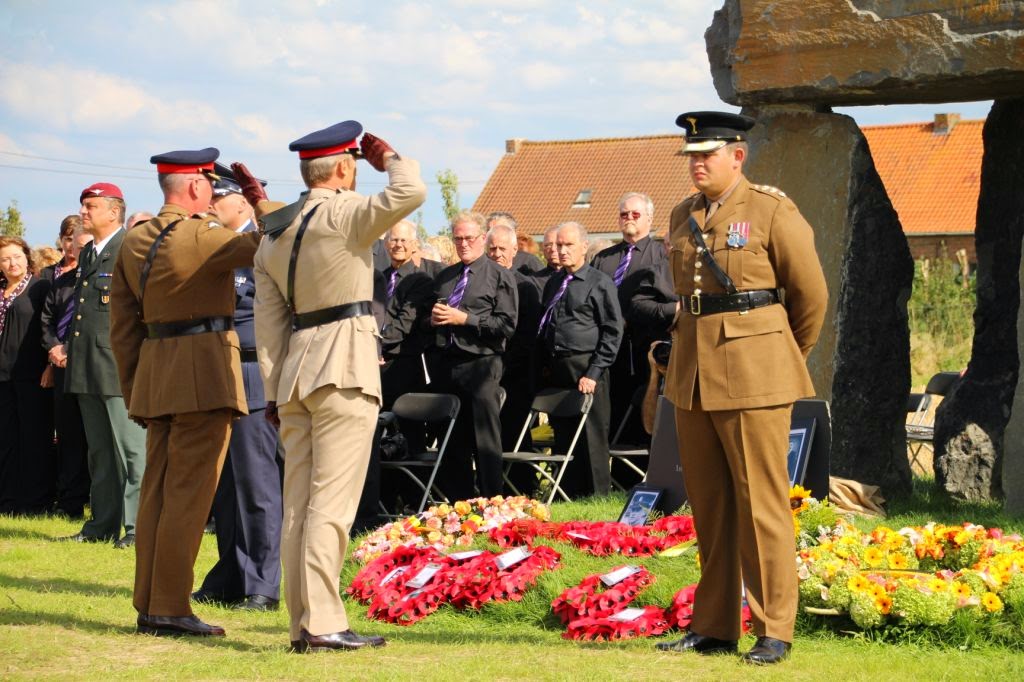 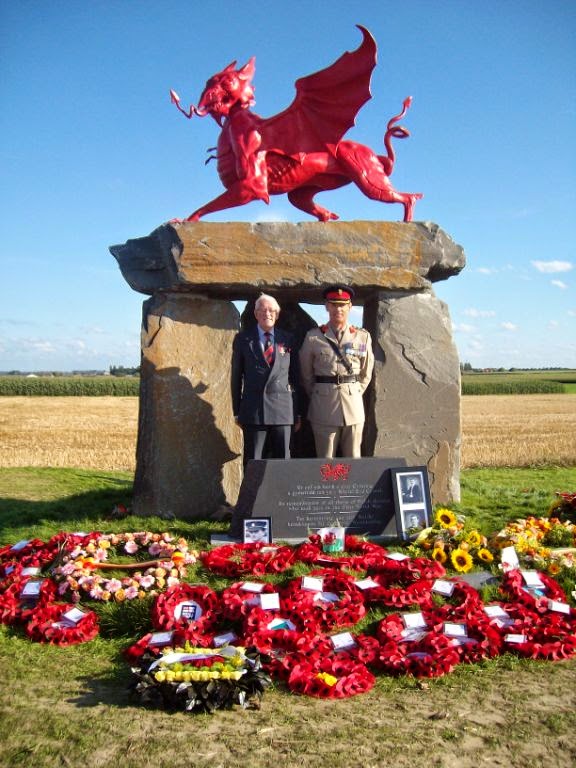 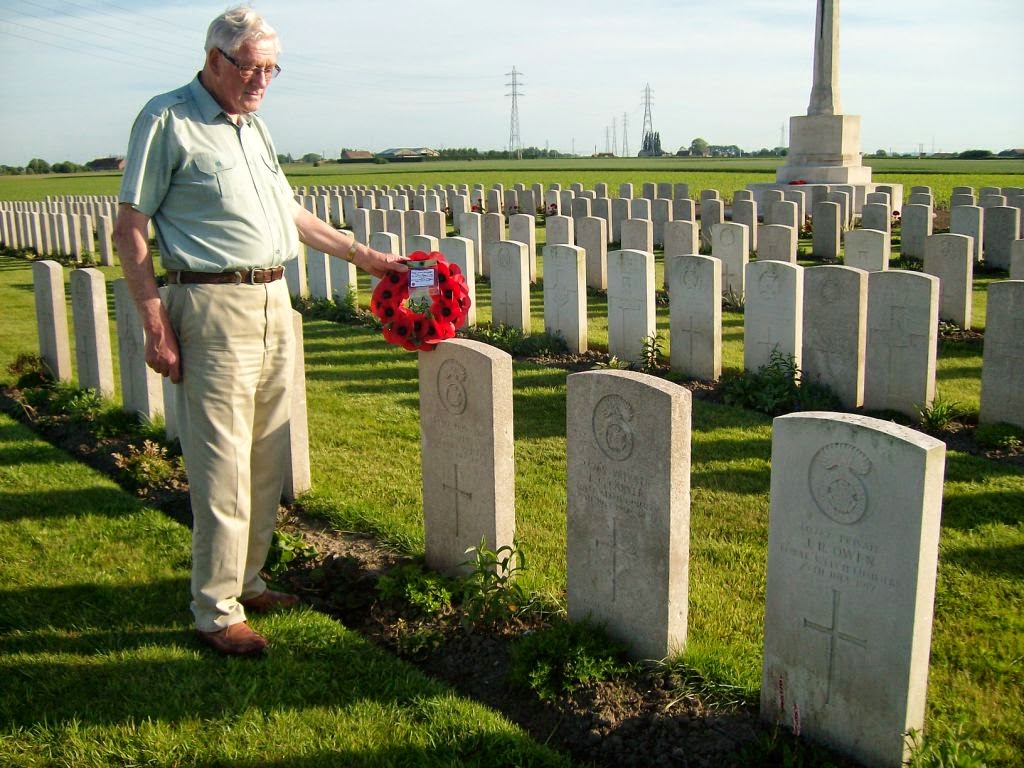 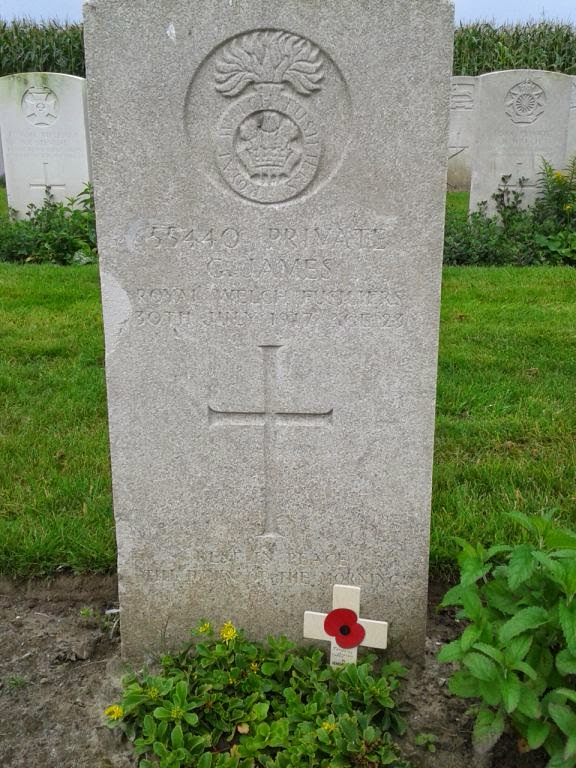