Our poet at Passchendaele 1917

Hedd Wyn (born Ellis Humphrey Evans, 13 January 1887 – 31 July 1917) was a Welsh language poet who was killed near Ypres, Belgium, during the Battle of Passchendaele in World War I.
He was a Royal Welsh Fusilier.
He was posthumously awarded the bard's chair at the 1917 National Eisteddfod. Evans, who had been awarded several chairs for his poetry, was inspired to take the bardic name Hedd Wyn (Welsh: blessed peace) from the way sunlight penetrated the mist in the Meirionydd valleys.
His style, which was influenced by romantic poetry, was dominated by themes of nature and religion. He also wrote several war poems following the outbreak of war on the Western Front.

For more information:
http://archives.passchendaele.be/en/soldier/1123
Posted by RWF Museum at 15:45 No comments:


Henry, 4th Lord Herbert of Chirbury commissioned to raise a regiment of foot, 1689

On 16 March 1689 King William III authorised nine of his supporters to raise regiments of infantry. Lord Herbert of Chirbury was allocated the counties of Montgomery, Radnor and Shropshire. Pressure of political business soon forced him to resign and he was succeeded by his cousin Charles Herbert. The new Regiment, known as Herbert’s Regiment, assembled
at Ludlow. 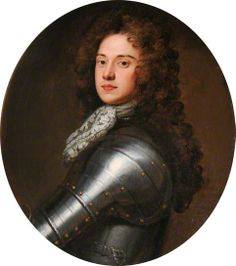 2nd Lt George Bayntun promoted Lt during the Revolutionary War in America. Bayntun’s service is listed below. The attached portrait of Bayntun was purchased by Brigadier Eric Skaife, in the 1930s and now hangs in the Regimental Museum.BAYNTUN, George Edward Werden. Born in 1738, the eldest son of Edward Bayntun ( –1777) of the Coldstream Guards, and Susanna (née Werden) co-heiress with her half-sister, the Duchess of St Albans.
He was commissioned 2nd lieutenant RWF, on 22 November 1775 and promoted lieutenant on 10 March 1777. He served in North America during the revolution and is known to have done duty in HMS Centurion from 2 August to 19 September 1778 when the RWF, volunteered for service as marines in the fleet under Admiral Lord Howe.
He is noted as a member of the Officers’ Mess Committee in the minute book signed at Chatham on 25 November 1787 but he transferred to the 2nd Foot as captain on 4 November 1788.
He sold his commission in 1793 and died in 1806.
His portrait in oils by Thomas Beach (1738–1806) was purchased by Brigadier Skaife (q.v.) in ?1937 (see Y Ddraig Goch, January 1937, page 4) and was bequeathed by him to the regiment. Bayntun’s dress in the portrait is discussed in Y Ddraig Goch, March 1961 page 57.
His brother, Admiral Sir Henry Bayntun GCB (1766–1840) commanded HMS Leviathan at Trafalgar.
References Burke, J and JB, A Genealogical and Heraldic History of the Extinct and Dormant
Baronetcies of England, London 1838, page 561 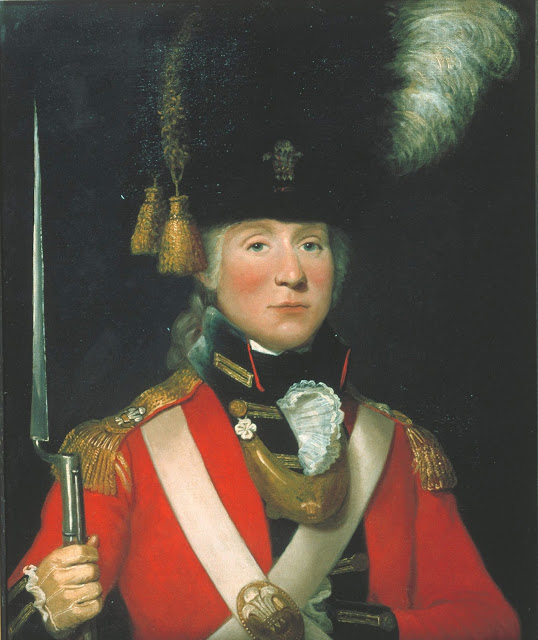