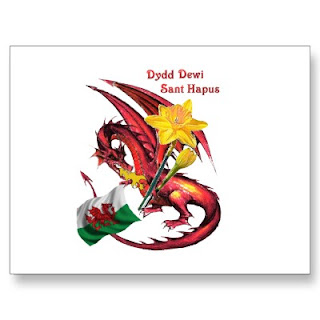 Probably nowhere is the patron saint of Wales, Saint David, so ceremoniously and so regularly honoured as on the 1st of March wherever the Royal Welch happen to be. In peace and war, at home or overseas, leeks are worn, and the day observed, as far as possible, as a holiday.

The ancient ceremony of eating the leek in the Officers' Mess has remained largely unchanged over the years. It is recorded that "…the officers give a splendid entertainment to all their welch brethren ; and after the cloth is taken away… the band playing the old tune of, "The Noble Race of Shenkin", when a handsome drum-boy, elegantly dressed, mounted on the goat richly caparisoned for the occasion, is led thrice round the table in procession by the drum-major…" Although no longer ridden, the Goat is still led around the table after dinner, followed by a drummer, fifers and drum-major carrying a silver salver on which are raw leeks, and the mess sergeant with a loving-cup filled with champagne. They halt by the latest joined subaltern who stands on his chair and, placing his right foot on the table, eats a leek while the drummer plays a continuous roll until it is completely consumed. He is then handed the loving-cup for the toast 'and Saint David'. All those present who have not 'eaten a leek' with the Regiment, including guests, are expected to do so before the party withdraws.
Similar ceremonial takes place in the Sergeants' Mess, and the other ranks' dining hall, where the latest joined soldier in each Company eats a leek. 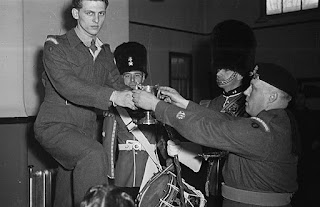 Operation VERITABLE - Territorial battalions of the Royal Welch Fusiliers enter Germany in the battle for the Reichswald Forest, Germany, 1945

The 53rd (Welsh) Division with the 4th, 6th and 7th Battalions were involved in this bloody and bitter battle which, was one of the most unpleasant of the Second World War. During it, the Commanding Officer of the 7th Battalion, Lieutenant-Colonel Dickson, was killed. It took many days to clear the enemy from the forest and substantial casualties were suffered in the process. 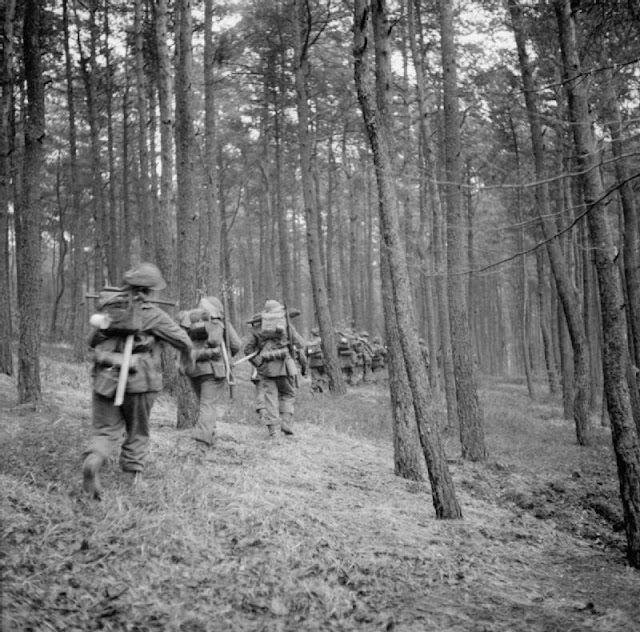