Lt Col Arthur Wellesley Torrens assume command of the Royal Welch Fusiliers. Originally commissioned into the Grenadier Guard he transferred to the RWF as a Lieutenant Colonel. It was common for officers to transfer between Regiments during the 18th and 19th Centuries in order to advance their careers. Torrens went on to command a Brigade in the 4th Division during the Crimean War. He was mortally wounded at the battle of Inkerman and died, in Paris on the 24th August 1855 some nine months later. 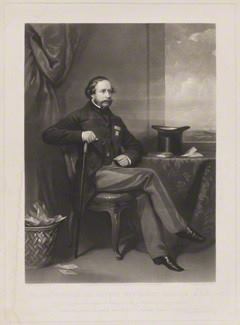 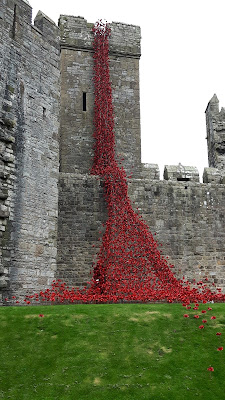 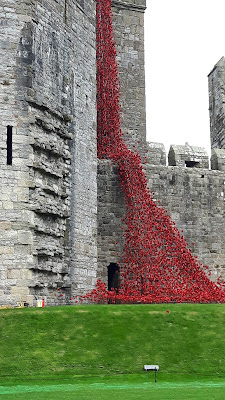 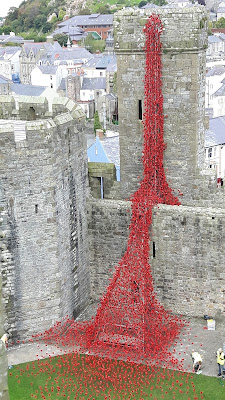 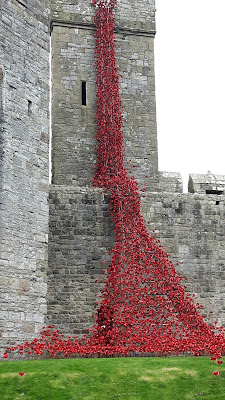 Yesterday we played Last Post on the summit of Snowdon - the highest mountain of Wales and England. 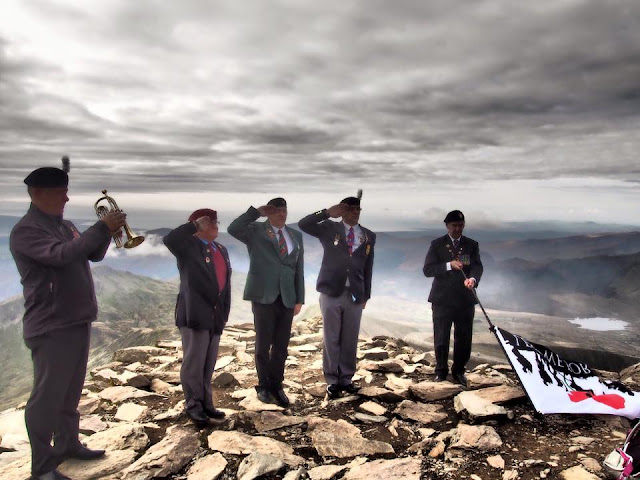 2 RWF departed the UK for a two year tour of duty in Gibraltar on the 9th October 1932. The Battalion arrived on the 13th October and having served for two years on the Rock were moved to Hong Kong on 21 October 1934. During their tour in Gibraltar training was restricted by the geography of the Rock. Never the less, the Battalion had a range facility for shooting and sports were very popular. US Marine Corps ships detachments also paid a number of visits to cement the bond between the two Regiments forged in combat during the Boxer Rebellion. 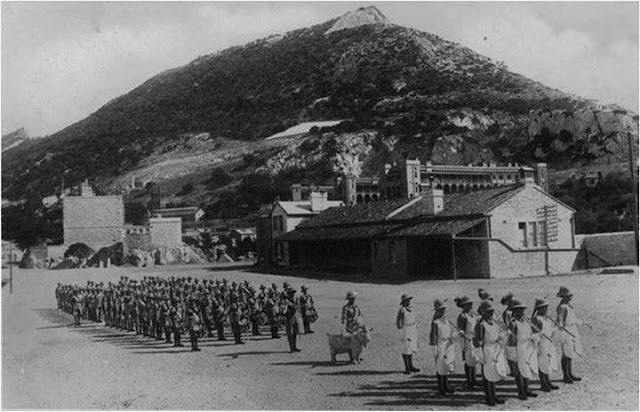 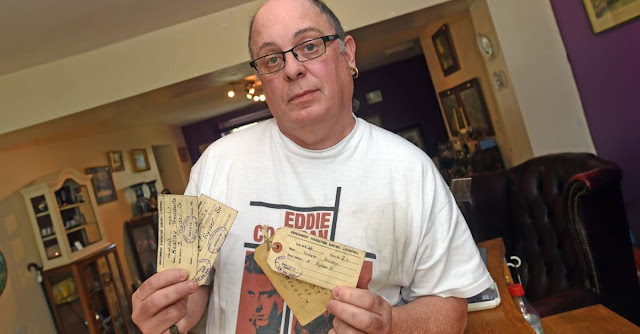 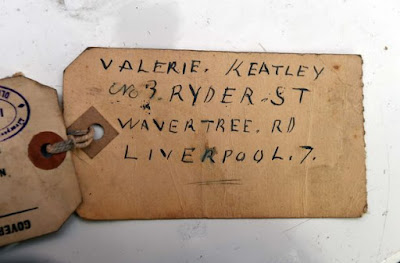 Ian Martin, who discovered the tags as he rummaged through boxes at Bygones Antiques, is trying to find Valerie and Theodora Keatley or their relatives.
Evacuee name tags dating back to World War II have been found in an antique shop.
The tags, which belonged to sisters Valerie and Theodora Keatley, were discovered by Bygones antique and collectors shop owner Ian Martin as he rummaged through boxes.
It is thought the children would have been between five and eight years old when they were evacuated from Liverpool to North Wales in the 1940s , and now Mr Martin wants to reunite the women or their family with the tags.
He said: “I was going through a box of stuff I bought recently and the tags were at the bottom.
“I’d love them to be reunited with the ladies or their families.
"It’s very possible that the sisters are still alive, so it would be great to give them these tags back.
“They should be with the family. That’s their rightful place, but if I can’t find them then I will be giving them to a museum in Liverpool .”
Mr Martin, who only opened his shop in Caernarfon in May, has already been contacted by two museums who would like the tags in their displays.
The grandfather has attempted his own research into the lives of Valerie and Theodora, and discovered the school named on their tags on Clint Road, Liverpool, was demolished in 1976.
He added: “My mother was an evacuee, sent from Birmingham to Leicester when she was seven in 1940.
"I imagine the sisters would have been around the same age as my mother.
“She talks very fondly about being evacuated and, having heard her stories, I’m even more determined to get the name tags back to the family of these women.
"I know how much it would mean to them.”
During WWII , approximately 130,000 people were evacuated from Merseyside to protect them from possible bombing. 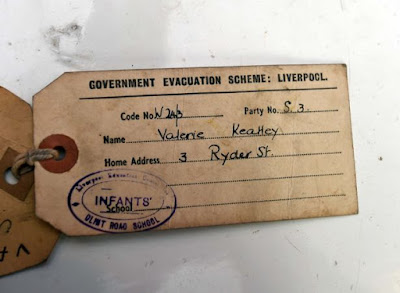 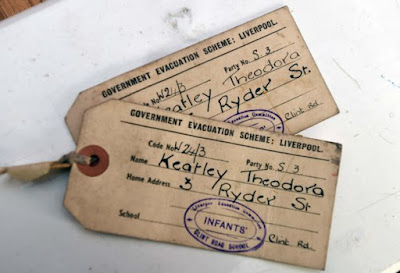 An Englishman, he was commissioned RWF in 1903. He was made a prisoner of war in October 1914. Whilst a prisoner of war he learnt Welsh. He commanded 1 RWF 1929-33. In 1937 he came Commander 158 (Royal Welch) Brigade TA in North Wales. He was Colonel of the Regiment 1948-52. He immersed himself in Welsh cultural life for which he was knighted in 1956. He left a generous bequest to the Regiment when he died. 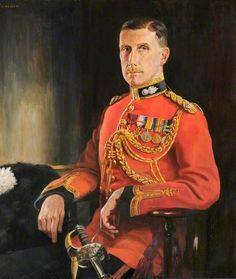 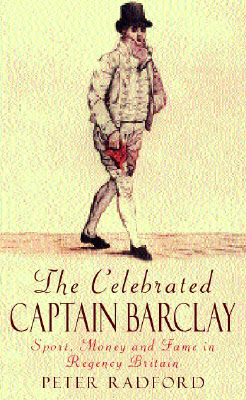 200 years ago he walked 1000 miles in a 1000 consecutive hours for a 1000 guineas!!
An acknowledged strongman, the Scot had no hi-tech equipment, support bus or energy drinks to help him.
On 1 June, 1809, a crowd of thousands gathered to watch Captain Barclay embark on his much-heralded challenge.
The newspapers had been full of his 1,000-guinea wager that he could walk 1,000 miles in 1,000 consecutive hours and the Royal Welch Fusiliers officer had become something of a cause celebre in Newmarket.
Dressed in the gentleman's fashion of a heavy woollen overcoat, flannel breeches, lambs wool stockings and heeled leather shoes - no cushioned trainers and Lycra here - he set out on his first mile.
Many doubted he could do it.
Walk the distance, yes. But to go without a night's sleep for six weeks was unheard of, so many betted against him.
The sums of money changing hands over the challenge were phenomenal and when he succeeded, Captain Barclay not only earned the title of Celebrated Pedestrian but became a very rich man as well. The 1,000 guineas bet in itself was worth about £35,000 in today's money, and the captain is estimated to have made £100,000 on side bets (about £40 million today).
But his feat of endurance was not without its difficulties.
Among the complaints he listed were "a little pain in his legs" on the twelfth day; pains in his neck and shoulders and nausea in the second week; toothache in week four; and "very ill" two days before the end.
When he was called to start the 607th mile, he could not be woken.
So his brother and friend dragged him to the starting line and pushed him off and when he still did not wake - and with just 20 minutes left to complete the mile - his groom William Cross smacked him across the shoulders with a stick to startle him into action.
By the end of the six weeks, he had lost 32lbs.
http://news.bbc.co.uk/1/hi/uk/2807657.stm 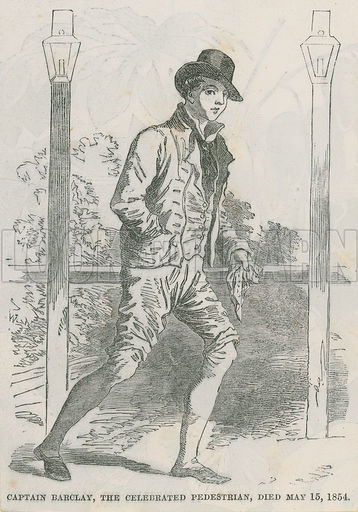 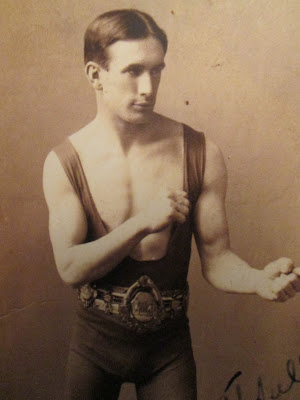 The Lonsdale belt awarded to Johnnie Basham in 1914, 1915 and 1916
Mappin & Webb London 1909, the central oval enamel portrait of 2 boxers in the ring surmounted by Lion passant and 'NATIONAL SPORTING CLUB WELTER WEIGHT CHAMPIONSHIP' to the top with 'CHALLENGE BELT' underneath, flanked by hinged strap work too each side with 2 oval and 2 circular medallions, one each side of the central plaque with enamel figure of boxer, to left hand side with fight details on the first medallion engraved 'May 10th 1915,SERGt JOHNIEE BASHAM defeated SERGt TOM MCCORMICK 13 Rounds', second medallion '21st MARCH 1910 YOUNG JOSEPHS DEFEATED JACK GOLDSWAIN 12 ROUNDS FOR £500', third medallion 'DEC. 14th 1914, SERGt JOHN BASHAM Defeated JOHNY SUMMERS 9 rounds for £300', to the right hand side the first medallion engraved 'DEC 9th 1912 JOHNNY SUMMERS defeated SID BURNS 20 rounds £450', second medallion engraved 17th JUNE 1912 JOHNNY SUMMERS DEFEATED ARTHUR EVERNDEN 13 ROUNDS FOR £400', the third medallion engraved 'MAY 1st 1916 SERGt JOHNNIE BASHAM DEFEATED EDDIE BEATTIE 19 ROUNDS £475', with striped red, white and blue silk ribbon running the full length of approximately 85cm. Complete with the original blue velvet lined wood storage locking case and key. This belt, originally presented by the Earl of Lonsdale, was won in 1910 by Young Josephs, and in June and December 1912 by Johnny Summers. The latter lost in 1914 to Sergeant John Basham, who then retained it in two further contests in 1915 and 1916, therefore winning the belt outright.FOOTNOTES John Michael "Johnny" Basham (born Newport 1890 – 1947) was a Welsh boxer nicknamed 'The Happy Wanderer' who became British and European champion at both welter and middleweight. His professional career spanned over 20 years, from 1909 to 1929. Basham was the first welterweight to win the Lonsdale Belt outright, successfully defending his British welterweight title on two occasions and also took the Commonwealth Welterweight title in 1919. His career was defined not only by his successes, but also through the death in the ring of opponent Harry Price. His first professional fight was against Boxer Ryan on the 18th of October 1909 in Newport. In 1912 Basham joined the Royal Welch Fusiliers and was stationed at The Barracks, Hightown, Wrexham. His move to North Wales resulted in most of Basham's fights now occurring either in Wrexham or across the border in Liverpool. Several of his fights were fought at The Barracks or in the Drill hall, Poyser Street, Wrexham. Basham's first title fight was held on the 21st of December 1914, a victory against Johnny Summers for the British Welterweight belt fought at the National Sporting Club giving Basham his first Lonsdale Belt. Basham's career slowed during the First World War as he was serving in the British Expeditionary Force in France, making competitive fighting difficult. Basham was one of a group of fighters, known as 'The Famous Six', who were an elite corps of Army Physical Training Instructors. The other five men were Jim Driscoll, Jimmy Wilde, Bombardier Billy Wells, Pat O'Keefe and Dick Smith. In May 1915 the National Sporting Club arranged Basham's first defence of his welterweight title, his opponent being Tom McCormick who had held the title briefly in 1914. The twenty round fight lasted until the thirteenth when Basham stopped McMormick through a technical knockout. In 1916 Basham defended his British title for the second time, again at the National Sporting Club in Covent Garden, facing Scotsman Eddie Beattie. The match went as far as the nineteenth before Beattie was stopped via a technical knockout.
In later years Johnny was a poor man, when the American troops were in Newport during the last war Johnny would walk into a pub displaying his Lonsdale belt in the hope of them buying a drink for him, and the belt could often be seen displayed behind the bar. Johnny was a popular figure in Newport and the people of Newport rallied through a sportsmans' committee and organised a boxing tournament the proceeds of which were to have provided Johnny with a pension. But unfortunately just one week before the tournament Johnny died. There was a huge turnout for Johnny's funeral. A simple wooden cross marked Johnny's grave for 40 years until in 1987 a boxing tournament was arranged between Newport and its German twin town of Heidenheim. The ring was set up in Newport Centre, the advertising went out and by the end of the evening enough money was raised to pay for a handsome headstone.
Provenance: Christies: The property of J.Carr esq., March 31st 1954 Lot 119, the lot includes the original catalogue from this sale. On Johnny Bashams death the belt was sold by his widow to the Reform Club in Newport of which he had been a member, and was subsequently disposed of by the club to the present owners family.