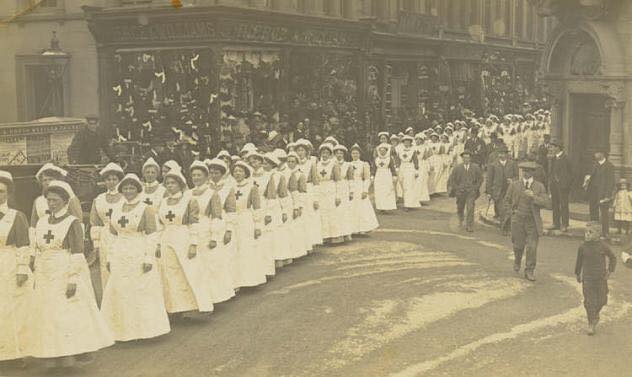 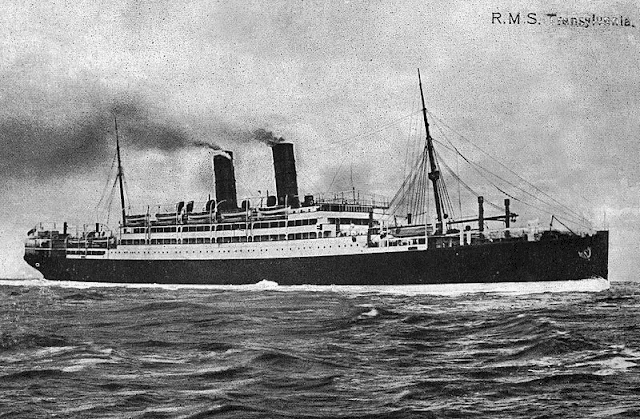 The SS Transylvania was a passenger liner of the Cunard subsidiary Anchor Line, and a sister ship to SS Tuscania. She was torpedoed and sunk on May 4, 1917 by the German U-boat U-63 while carrying Allied troops to Egypt. She sank with a loss of 412 lives which included some RWF.
Joseph Edward Jones 20862 - On Thursday 3 May 1917, he with other troops, boarded the SS Transylvania at Marseille for Alexandria, Egypt. At 10 am on Friday 4 May 1917, the ship was struck by a torpedo fired by U Boat U-63 under the command of Otto Schultz. Joseph along with many others was killed.
Also thanks to Mair Jones (nee Parry)
William Parry from the 7th Battalion Royal Welsh Fusiliers sailed on her and was on board when she was torpedoed. He survived,taken to Savona and eventually sailed on another ship to Alexandria. He was wounded before Allenby’s march on Jerusalem and repatriated in November 1917.
Posted by RWF Museum at 04:17 No comments: