Day 21 #ArchiveAdventCalendar #FestiveLights With just days to go till the commencement of the Normandy landings, a curious sight was seen, as infantry and tanks attacked an enemy position. The battlefield illuminated by a form of eerie twilight generated by a Searchlight Battery.

They set their searchlights on a low trajectory to light the ground. This was the final test exploring whether 'Artificial Moonlight' really aided attacking infantry. Lieutenant-Colonel MH ap Rhys Pryce, RWF, had the idea for it back in 1943, inspired after watching searchlights

reflect off low cloud and light the ground around him, much like the effect of a full moon. His idea was passed up the chain of command, before being subjected to repeated experimentation to prove Artificial Moonlight's worth as it was signed off for operational use. 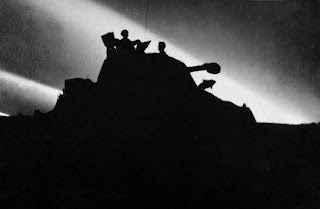 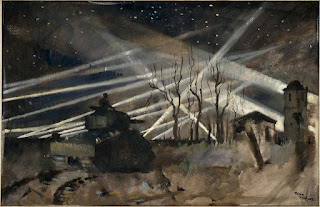